Some of Shelagh’s books to enjoy… 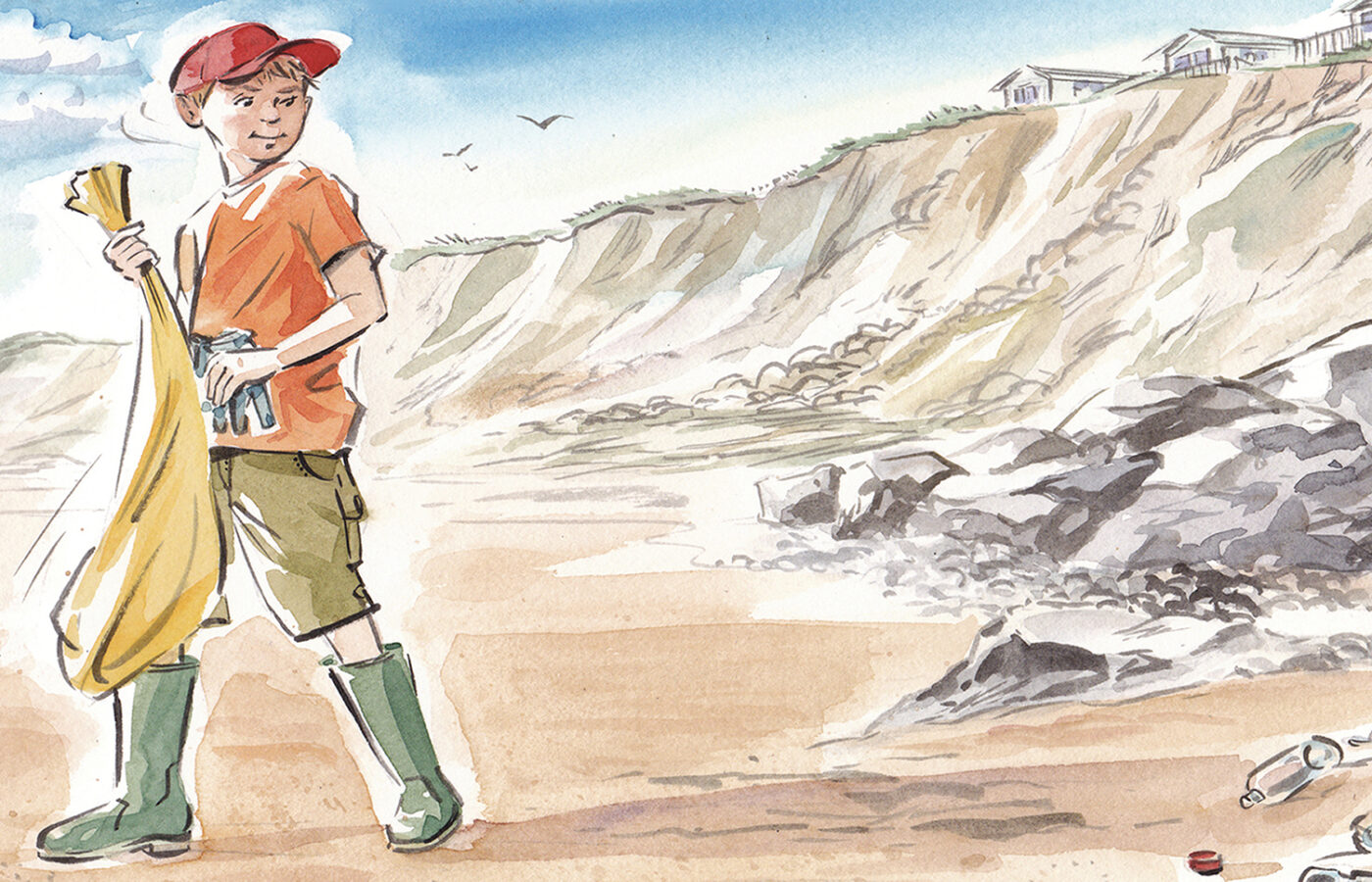 The illustrated stories are for 3 – 7 year olds. The stories and pictures help younger children to explore ideas and learn some facts that help explain their world to them. All the books on this page can be found on my Amazon shop.

This is a story that shows what a young reader can do to help keep our beaches plastic free. The ‘Did You Know?’ section provides more information and ideas on how we can use less plastic.

Will the Little Reindeer ever become one of Santa’s chosen few to pull his sleigh? Learn about the land where reindeers live and what happens on Christmas Eve.

Will Silo find his herd? Will he even survive the dangers of the journey? Who are the friends that help him? Learn about the land he lives in and the dangers he faces on the trek to the Wealdon Lake.

The Boy Who Saved Christmas

A tale of how a young boy called Reinhart saves a young reindeer from a pack of wolves. The reindeer has trapped his antlers amongst some tree branches and is trapped. The reindeer is due to help Father Christmas that evening!

Developed for exam papers plus

The twins did anything they could to get out of class even joining the gardening group at their school. Much to their parents astonishment they had suddenly became interested in researching and writing about plants. The twins had a secret – they were growing a secret garden with their friends behind a hotel in Southsea and looking after their neighbours’ planters in their front gardens while they were out of action. Find out what happens when their secret gardening is discovered.

Keeping up with the Greens

Meet the Greens: Fred, Joe, Josephine and baby Flo. See how they try to solve the no loo paper problem when the alternative is to use baby wipes. Not something Fred is prepared to do! The mystery of Josephine’s missing slipper causes problems for Josephine. The fun of making a wickiup in the garden gives them a real construction project and the arrival of a pup called Gracie delights them all. The visit of their dreaded Great Aunt Beatrice causes problems – see how the family cope with her! Their mum and dad help out but these kids can get things done and sorted when they want to!

Adnan’s world is turned upside down when terrorists invade his peaceful home town. Forced to flee, he suddenly finds himself separated from his family and all alone in a strange new world. Despite their differences and the dangers that they face, the people there show him hospitality and kindness, but will they be able to help him come to terms with the loss of his own land, and will he ever see his family again?

The Boy Who Helped A King

We meet a boy who is plunged into a fierce war in the service of his king. He and his friend risk their lives to serve. Will they save the day? This is a tale of friendship and courage in fierce times.

A story about the threat to a Mars colony when criminals try to steal a top-secret package from the secure cargo bay. They are seen by Shardha, Rohan and Etsuka – triplets who are exploring the bay and who follow the thieves to their hideaway shell.

Two of the triplets are kidnapped, their rescue leads to the thieves being caught and Mars is saved by the intrepid triplets and their older cousin Sofia’s courage and cunning.

This website uses cookies to improve your experience while you navigate through the website. Out of these, the cookies that are categorized as necessary are stored on your browser as they are essential for the working of basic functionalities of the website. We also use third-party cookies that help us analyze and understand how you use this website. These cookies will be stored in your browser only with your consent. You also have the option to opt-out of these cookies. But opting out of some of these cookies may affect your browsing experience.
Necessary Always Enabled

Any cookies that may not be particularly necessary for the website to function and is used specifically to collect user personal data via analytics, ads, other embedded contents are termed as non-necessary cookies. It is mandatory to procure user consent prior to running these cookies on your website.